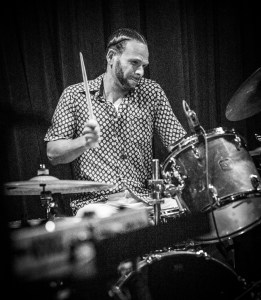 Few artists in Hip-Hop, and across all musical genres period, are afforded the option of a second chance to make an impression on listeners. While the journey had more than its share of ups and downs, Jay Mumford, the former J-Zone, has landed in a particular place in life that has reconnected him with his true creative purpose.

During a recent chat with Hip-Hop Wired, Mr. Mumford was approachable, eager to share his story, and, much like his earlier work as a producer and rapper, humorous. But with the jokes came valuable insight of how one can nearly have it all in one space, only to toil against the strain of placing one’s energies into music that doesn’t speak to them — or for them — any longer.

Mumford’s journey in music actually began when he was in grade school, splitting time between Queens and Westchester, N.Y. It was mistakenly assumed by us that Mumford wanted to become a rapper ahead of his current position as a member of the talented Du-Rites band. Mumford corrected the prevailing thought that he actually sought out to be a bass player at a young age.

“I actually never wanted to be a rapper, my goal was I wanted to be a funk bass player,” Mumford explains. “I was an only child and my parents split when I was six, so I was alone a lot. I split time between Jamaica, Queens where my grandparents lived, and in Westchester, which was way more suburban than I was used to.”

Mumford added, “And there was nothing that I could actually relate to because I was always in the house. So I wasn’t aware of Run-D.M.C., I wasn’t aware of Whodini, I wasn’t aware of any of that. All I was aware of was the records my parents had, and whatever records that were laying around at my grandmother’s house in Queens. We used to do these block parties and people would bring records. We’d run cords from the house I live in now and party in the backyard. In fact, the photo of my final rap album, Fish-N-Grits, that’s from one of those backyard parties.”

With funk, soul, and jazz stated as the hallmark sounds of his youth, Mumford wasn’t your typical late-eighties New Yorker who consumed Hip-Hop at a rapid clip. Instead, his tastes were more suited towards Kool & The Gang, Brass Construction, Bohanna, Slave, Ohio Players, James Brown, B.T. Express, and other related groups.

Coupled with the fact that Mumford himself said he was a natural loner and not some street tough, he wasn’t caught up in the revelry of rap music like many of his Queens peers, which makes his foray into Hip-Hop so much more interesting. Adding to this fact that while staying in Westchester, Mumford was exposed to 80s pop music like Wham! and other acts; his musical worldview became far wider than most grade school kids at the time.

Inspired by Slave’s bass player Mark Adams, Mumford picked up a bass guitar at the age of 10, describing himself as a miniature version of some of his early musical heroes.

“I had a big ol’ fro, I had my guitar straight out the Sears catalog, you couldn’t tell me nothing, I wanted to be the next Bootsy Collins, man, that was my goal,” Mumford says with a laugh. While Mumford’s dreams of becoming a staple in the funk community didn’t quite materialize, a shift occurred around this same time that led him to a world that was almost passed him by.

“Little did I know that funk was way out of style and that much of this music I loved was considered old and out of fashion, so it wasn’t looking too good for me,” Mumford says of his dashed funk-playing dreams. But a friend, Rob, introduced him to Hip-Hop music by way of the famed Yo! MTV Raps program, thus opening new possibilities.

“The first thing I noticed in the music is that the beats are made from the same music I was practicing my bass playing to,” Mumford explains. “I remember when EPMD’s “You Gots To Chill” came on, I heard the horns from Kool & The Gang’s “Jungle Boogie” and I heard “More Bounce To The Ounce” and I was like ‘wait a minute, what are they doing here’ and that’s what actually drew me to Hip-Hop.”

With the bug bitting him, Mumford decided to learn more about sampling and the fact that his favorite songs were being interpolated into this newer sound. The lyrics didn’t move him; it was the music of his upbringing that kept him returning to it.

However, Mumford wasn’t ready to let go of his funk band dreams but as a music student in middle and high school, he found it difficult to find six other players to join his musical mission. This realization went on to define much of how his rapping and producing career began as well.

At 15, Mumford began working as an intern at the famed Power Play Studios, founded by Tony Arfi in Long Island City, Queens. A who’s who list of notable Hip-Hop acts have recorded in those hallowed halls, including Eric B & Rakim, Salt-N-Pepa, EPMD, Redman, LL Cool J, Organized Konfusion, and Main Source among countless others. While there, Mumford crossed paths with the legendary Large Professor.

“I was there when Large Professor was working on Vagina Diner with Akinyele, and I was sweeping floors and taking out the trash but I got to see [Large Pro] working on that machine and I thought to myself, ‘I should get an SP-1200 too,’” Mumford said.

Mumford enacted a few legal hustles, such as a paper route, and taking a job as a custodian in his local school district to purchase the vaunted sampling machine. While the moment was temporarily victorious, Mumford was struck with the realization that his lone wolf status worked against him in some regard as he didn’t have any rappers to work with.

Reluctantly, Mumford filled the rapping void by picking up the trade himself, something he still speaks of with just just a hint of disdain to this day.

“I just began doing it myself, but a lot of people don’t know that I really never wanted to do this and I never liked rapping,” he explains. “I did it because rappers would claim to come to hang out and make music but were always unreliable so I had to do it. I didn’t want to sit around and freestyle, I wanted to make songs.”

Good fortune again visited Mumford while he was a junior in high school as he began interning with Slick Rick’s DJ Vance Wright, who owned a recording studio in New Rochelle, N.Y. In his senior year, Wright hired Mumford as the lead engineer of the studio, leading to him engineering the Stud Doogie remix of Grand Puba’s “A Little Of This” single from the Now Rule rapper’s 1995 album, 2000.

Realizing that there might be a possible lane in Hip-Hop for him, Mumford entered college to study music and released the first of his albums under the J-Zone moniker, Music For Tu Madre, which he mentioned was his senior year project. From there, the shift from Jay Mumford to J-Zone was solidified but not yet complete, but it wasn’t exactly the smoothest of journeys for him as we later learn.

Part two of Hip-Hop Wired’s interview with J-Zone will continue on Monday (Feb. 8).

February 6, 2023
The Source Magazine Remembers Trayvon Martin On What Would’ve Been His 28th Birthday

Funniest (And Pettiest) Tweets From The 2023 Roc Nation Brunch

February 6, 2023
How Rihanna’s Non-profit is giving back during Black History Month

February 6, 2023
Gussied Up & Gorgeous: Who Looked More Bangin’ At The Grammys?
3 min read

Gussied Up & Gorgeous: Who Looked More Bangin’ At The Grammys?